Caroline was elected as Member of Parliament for Brighton Pavilion in 2010. She is the co-leader of the Green Party of England and Wales and is currently the Chair of the All-Party Parliamentary Climate Change Group.

Caroline is a Co-Chair of the All Party Parliamentary Group on Fuel Poverty and Energy Efficiency, Vice Chair of the Public and Commercial Services, Sustainable Housing, CND and Animal Welfare All Party Parliamentary Groups. She is also a member of various other all-party groups, including on HIV and Aids, 6th Form Colleges, Children and International Corporate Responsibility.

She sits on Parliament’s influential Environmental Audit Committee and has also sat on temporary committees set up to scrutinise Government legislation. Caroline was named the 'Most Influencial MP' in 2012 by the Political Studies Association, 'MP of the Year' in the Scottish Widows and Dods Women in Public Life Awards 2011, and 'Newcomer of the Year' in the Spectator's 2010 Parliamentarian awards. 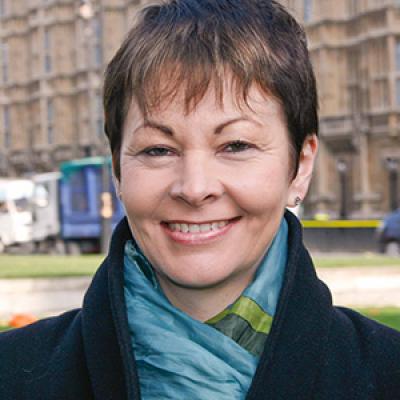