Tuesday 11th February marks the sixteenth anniversary of Safer Internet Day. Since being established by the European Union in 2004, Safer Internet Day has spread across the world. It is now celebrated in over 150 countries to promote the safe and positive use of digital technology, especially for young people. In this article, Jack Tindale discusses why the onus needs to be placed on data ethics to ensure a safer internet for all.

The ethics of data usage by big players in the tech industry has a vital role to play in meeting the two main ambitions of Safer Internet Day: to create a safer and better internet.

The Centre for Data Ethics and Innovation (CDEI), a new government body tasked with developing the right governance regime for data-driven technologies, has been at the forefront of these discussions. Working with the Centre, as well as other bodies in the Department for Digital, Culture, Media and Sport, the All-Party Parliamentary Group for Data Analytics (APGDA) is leading the debate on how to embed ethical data practices at the heart of government. The Group is ensuring that the public sector leads by example in promoting an internet that is safe, secure, but also open and free.

The power of the internet comes from the fact that it is decentralised and free from direct government control. As users, we have the absolute freedom of choice as to what topics to read and information to share. However, the internet also has some negative elements. The overwhelming volume of information is the most obvious example. With access to so much unrestricted content, it is inevitable that much of this, perhaps the vast majority of it, is of poor quality at best.

Of this information, much of it has the potential to be biased and misleading. Just as the internet can represent the body politic at its best, it can also be used as a tool of oppression, to break down the barriers of civil discourse, and spread lies and misinformation to the general public.

Policy makers and public bodies have a vital role to play in ensuring that these negative aspects do not define the use of the internet in the years to come. Government departments and regulators must work to ensure that regulation of the internet is not onerous, and only restricts us from content that is genuinely harmful. In their recent report into online targeting, the Centre for Data Ethics and Innovation said, that “the world will be looking at the UK’s approach and it is vital that new internet regulation protects human rights such as freedom of expression and privacy.”

On Safer Internet Day 2020, it is crucial that public bodies focus on the one way to ensure that trust in the internet big data is maintained. The most effective way of doing so, as the APGDA has noted, is digital literacy. By teaching the public, from pre-school to old age, about how to use the internet in a critical way, and to think about the providence of what they read, the UK can lead the fight against fake news and misinformation, whilst becoming a world-leader in ethical, data-driven technologies.

By celebrating the positive power of the internet, the Safer Internet Day slogan of “Together for a better internet” can become more than just a mantra. 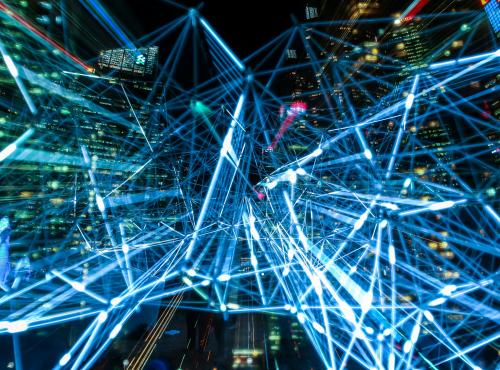