Bricks and Water 2: Call for evidence

Last year, the Westminster Sustainable Business Forum (WSBF) published Bricks and Water, our cross-party inquiry into water resources and housebuilding in England.  The report was well received throughout Parliament and was referenced earlier this year in the Committee on Climate Change’s housing report: Fit for Future?

This Winter, the WSBF will build on the recommendations within Bricks and Water, specifically those around water efficiency, flood resilience and sustainable drainage.  The work will identify gaps in current policy and explore items for inclusion within a Property Resilience Certificate (PRC).  Our vision for a PRC would build on the existing Energy Performance Certificate required when a home is sold or rented.

A key component of the work will be a series of roundtables, held in Parliament with attendance from a variety of stakeholders including MPs, Peers, civil servants, planners, house builders, water companies and insurance providers.

“Bricks and Water highlighted the challenges associated with delivering communities that are green, water efficient and resilient to flooding.  Development of a Property Resilience Certificate alongside the existing Energy Performance Certificate will explore the efficacy of current policy and identify practical measures that developers and homeowners can take to mitigate the effects of a changing climate.”

The WSBF is currently collecting written evidence as part of this inquiry and invites submissions to be sent to WSBF manager, Rob Allen: robert.allen [at] policyconnect.org.uk

The deadline for submissions has been extended to 20th March 2020.  The attached documents provide some background to the inquiry and further information onthe call for evidence. 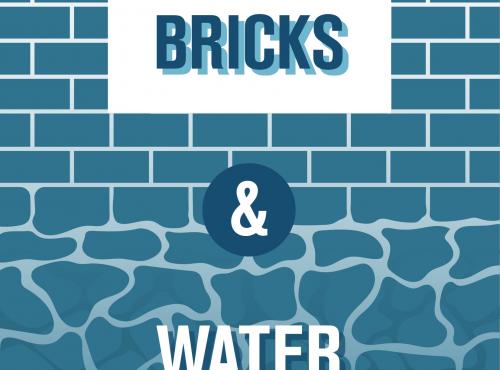 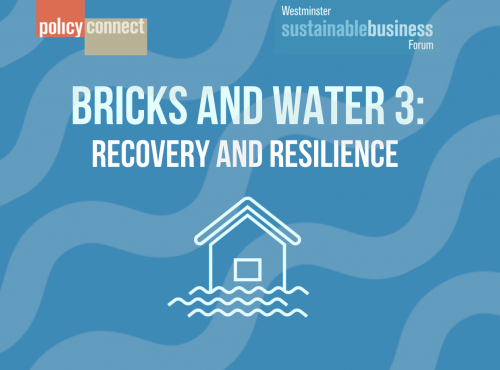 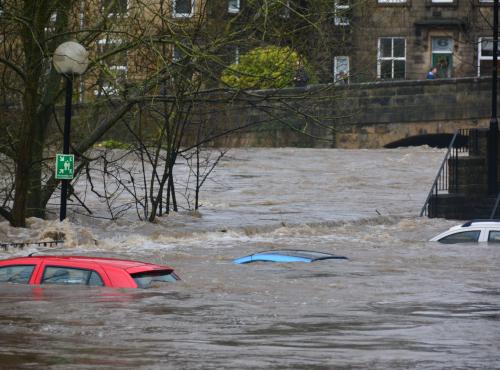 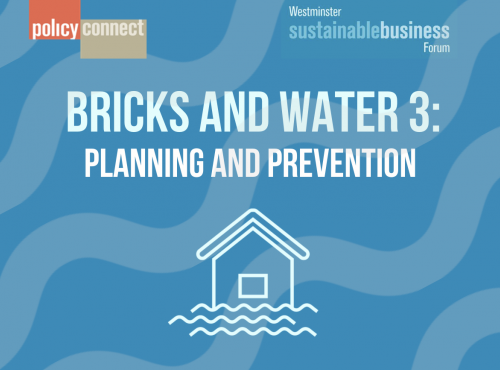