'Producing Low Carbon Gas' identifies the need for further government action to take advantage of the opportunities offered by low carbon gas to cut carbon emissions and boost the economy. The cross party inquiry was co-chaired by James Heappey, Conservative MP for Wells;  Alan Whitehead, Shadow Minister for Energy and Climate Change and MP for Southampton Test; and the Rt. Hon Alistair Carmichael, Liberal Democrat MP for Orkney and Shetland.

The UK must reduce greenhouse gas emissions by at least 80% of 1990 levels by 2050. The Committee on Climate Change said last month that ‘Hydrogen could be incredibly useful in providing low carbon heat for homes and industry and fuel for large vehicles such as buses and trains.’

The key to unlocking this opportunity is fostering a market for hydrogen which incentivises businesses to invest, encourages new businesses into the market and builds up hydrogen demand by recognising those who use it. The report sets out a number of routes for doing this including blending a proportion of hydrogen in the gas grid, supplying hydrogen to large industrial gas users, increasing the number of hydrogen transport fleets, and using hydrogen to provide clean electricity.

This is the second report in the Future Gas Series, examining the opportunities and challenges with using low carbon gases to help the UK decarbonise its economy. Part 1: Next Steps for the Gas Grid was published in September 2017. Part 3 will be launched in early 2019 and will examine consumer issues related to a transition to low carbon gas.

A summary of the report can be found here, and the full report is also available online here.

James Heappey MP said: “Low carbon gas offers an opportunity to drive clean growth across the UK. There are clear opportunities for the UK to start to build up a market for low carbon gas and become an international leader in this area. This report offers a timely and substantial contribution to the discussion on the UK’s future energy policy.”

Dr Alan Whitehead MP said: “There is an urgent need for action to reduce emissions in areas like domestic heat and industrial processes. Low carbon gases offer one of the routes to doing this but if their potential is to be realised, the technologies which produce them will need to be deployed more widely. There is also a great opportunity to reduce the amount of waste going to landfill while supporting our climate change targets by using it to feed gas production.”

Alastair Carmichael MP said: “This report is an important step in identifying the short and long term actions policy makers can take. The UK needs to look at what steps it can take to expand its capacity to generate hydrogen and biogases sooner rather than later. The UK has several natural assets that make it well suited to transitioning to low carbon gas. We now need to see support from the Government to ensure we meet our legally binding 2050 carbon targets.

The report was researched and written by Carbon Connect, an independent, cross party group focussed on bringing independent experts, academia, industry and parliament together to bring about a low carbon transformation underpinned by sustainable energy. This research is kindly sponsored by National Grid and the Institution of Gas Engineers and Managers. 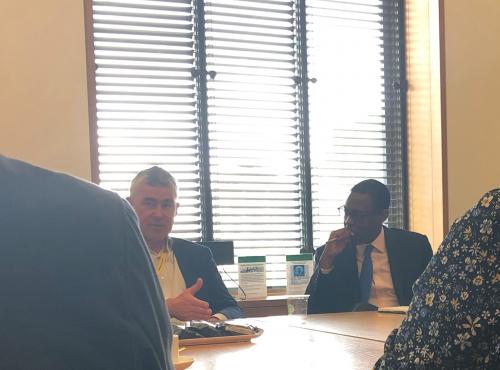 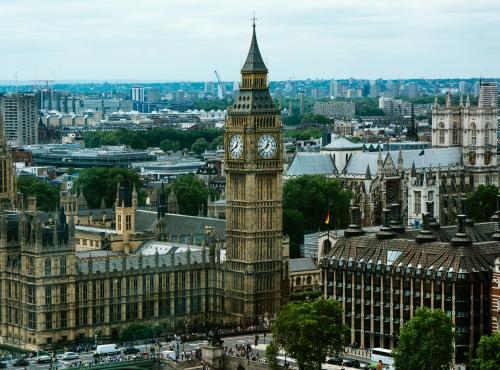