The discussion was attended by representatives of car manufacturers, robotics academics, regional transport bodies,national government bodies and computing and ethics academics as well as data ethics and privacy campaigners. After introductions from the steering group and all participants, Lee and Darren outlined the aims of the Data and Technology Ethics Inquiry and the focus of this roundtable; ethical dilemmas of data use by autonomous vehicles.

The discussion was then opened to all attendees. One participant stated that given the aim to reduce car use and increase public transport, there was likely to be a significantly smaller proportion of private cars. It was highlighted that introducing autonomous vehicles is very disruptive for a number of reasons. From an ethical perspective, the data collected and used could infringe of the privacy of the user or others in the environment therefore the shift in relationships between autonomous vehicles and the environments in which they operate needs parameters which are widely understood. Others raised questions of what should, or indeed could, be done to ensure that automated vehicles are not collecting or using excessive data or sensitive data.

Another topic which was raised was the way in which autonomous vehicles algorithms are designed. Questions were asked about who is involved in this process and what it might mean for private (or indeed public vehicles) to be operating in public spaces and shaping the rules of these spaces through their built-in patterns of behaviours.

One participant highlighted distinctions in the type of data, with personal data not viewed as sensitive with regards to intellectual property considerations, and other data and algorithms enable functioning of the vehicle categorised as IP sensitive and therefore not freely shared. This raised questions of oversight, and what may be needed in a future where autonomous vehicles are common.

It was widely recognised that autonomous vehicles will require further guidance as to how they should function as well as further frameworks to support data sharing at both development and later stages when in use. It was also noted that public and private transport provided by autonomous vehicles would likely require different approaches in some areas of data gathering and use.

The discussion concluded with the co-chairs giving their thanks to all participants and discussing with the steering group the key themes which emerged from the roundtable. It was observed that, given that this sector is in its infancy in the UK, there will be opportunities for significant work to engage proactively to help shape the new landscape and rules for autonomous vehicles. 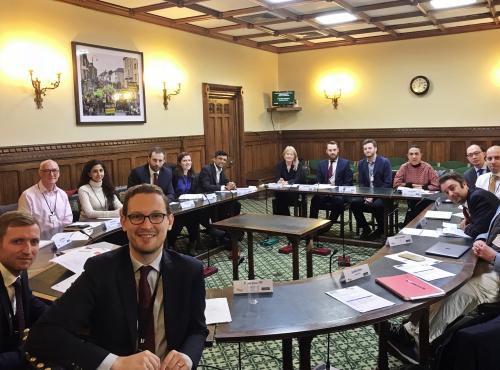