The All-Party Parliamentary Design and Innovation Group, in association with colleagues from Policy Connect’s Industry, Technology and Innovation team, were delighted to welcome forty members from across the sector to Parliament on Monday 9th September to hear about the latest policy developments facing Boris Johnson’s new government.

Members were briefed by Professor Jonathan Portes and Dr Alan Wager of King’s College London’s UK in a Changing Europe think tank. The event was led by Barry Sheerman MP, APDIG Chair and Member of Parliament for Huddersfield, who began by noting the extraordinary political circumstances facing the country. Mr Sheerman, who was first elected to the House of Commons in 1979, expressed a view that the current debate over Brexit and the fractious nature of Parliament, is unprecedented in modern political history.

Dr Wager opened the discussion by presenting an overview of the pressures facing the new Prime Minister and the possible outcomes of a forthcoming general election. Boris Johnson was described as being in a “Zugzwang” situation, a reference to the position in chess where every possible move places the player at a disadvantage. Of the five options open to the Prime Minister, Dr Wager said that all of them would leave the Government in a worse position to the already weak one it is currently in. However, an election – either before or after an extension to Article 50 – was seen as the one with the greatest split between risk and reward.

In the event of a General Election, Dr Wager noted that the most immediate problem facing the Conservative Party’s was the position of the Liberal Democrats in Remain-supporting Tory seats. A small swing against the incumbent party of just a few percent would greatly reduce the chances of the Government being returned with a majority, whilst an over-performance would even place the Foreign Secretary’s seat of Esher and Walton in play. Dr Wager added that public opinion regarding the Government’s handling of Brexit would also be of concern to Downing Street. Even amongst Leave voters, seen as the most likely to support Mr Johnson’s Conservatives, he highlighted an even split between Government and the European Union as to who is most to blame for the current chaos. Nevertheless, he concluded that an election presented the only realistic options of breaking the current political impasse.

Attendees then heard from Professor Jonathan Portes, one of the country’s leading experts in migration policy and former Chief Economist at the Cabinet Office. In his presentation, Professor Portes noted that the new government has a considerably more liberal attitude towards immigration than had been the case under the previous administration, as recently seen in the decision to scrap the restrictions on international students introduced by the then-Home Secretary, Theresa May, in 2012.

Although the government’s position on Brexit still offers a number of major challenges to EU citizens in the UK – Professor Portes added that there is no imminent risk of EU citizens losing their right to live and work in the UK immediately after Brexit. The new Home Secretary, Priti Patel, has also recanted on the decision to effectively end Freedom of Movement after 31st October. Regardless of this – he added that No Deal Brexit presented a number of major challenges for EU citizens in Britain and British citizens abroad. Although there will be no immediate end to freedom of movement after Brexit, policy divergence is to be expected from an early stage. Professor Portes said that such a state of affairs was likely to create major uncertainty for individuals, families and businesses. He said that a rapid decline in immigration figures from the EU would be expected following Brexit.

In his concluding remarks, Professor Portes added that there is also considerable ambiguity as to the new government’s future immigration policy. The White Paper introduced during the former administration has a number of major shifts in existing policy, but proposals such as a one year work visa for low skilled workers would represent many challenges for employers and employees alike. The notion of an “Australian Points-Based System” is a popular line across the political divide, but there is little evidence that policy makers genuinely understand what it means, he claimed.

The presentations were followed by an engaging question and answer session chaired by Barry Sheerman, which took into account the pressures facing international students, businesses and families as a result of the shifts in immigration policy.

Policy Connect team will be holding a number of similar events and briefings in the coming weeks ahead of the expected general election. 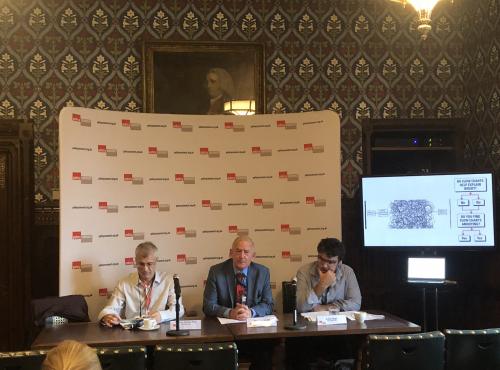 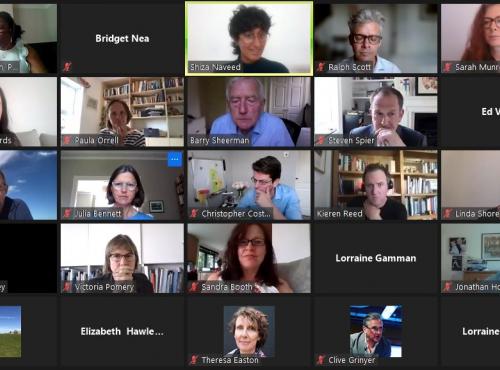 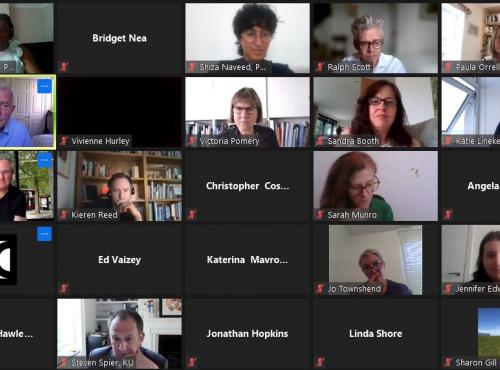